Interesting data from Amanda-Mary on Japan, its strategy against harmful vaccines and its extraordinary results after the ban on mandatory vaccines. The article is re-launched by Comedonchisciotte and the original can be found at 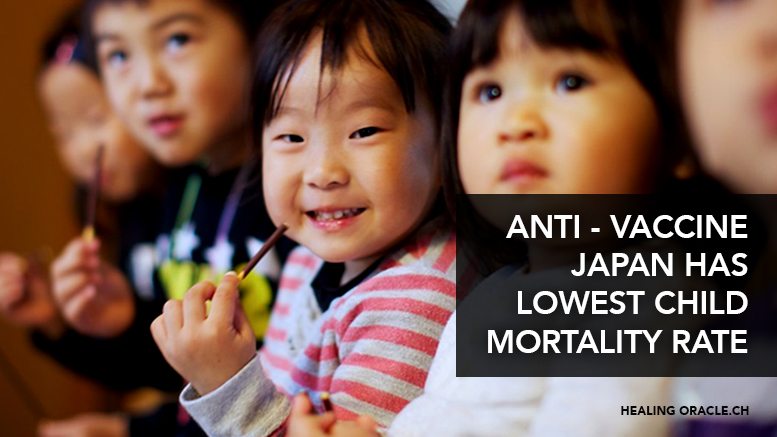 Fact: Japan has the lowest infant mortality rate following ban on mandatory vaccinations, they urge other countries to follow this firm stance The citizens of Japan are statistically proven to be the healthiest and longest-living people in the world. The country also has the lowest infant mortality rate on the planet. It may come as no surprise to many that the Japanese Government banned a number of vaccines that are currently mandatory in the United States and has strict regulations in place for other Big Pharma drugs and vaccines in general. Japan’s anti-vax policies have long been criticised by vaccine